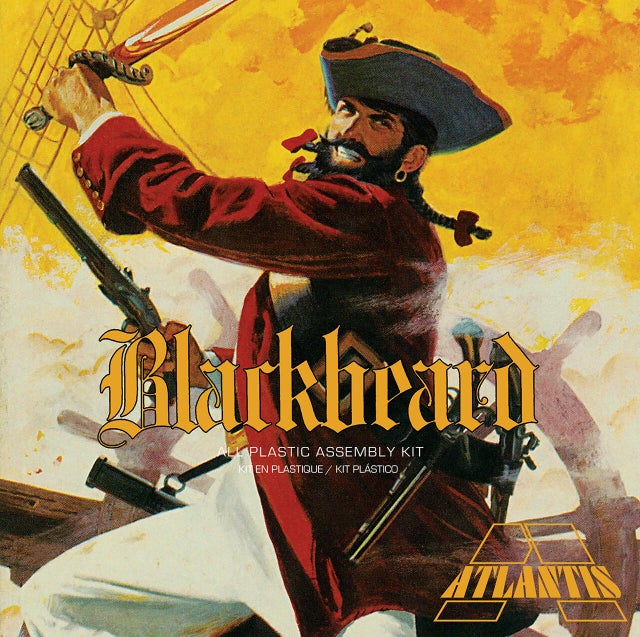 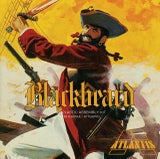 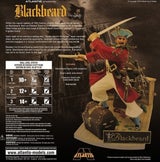 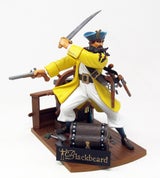 Within the rogue’s gallery of 16th Century pirates, there were few as feared

as Blackbeard. Born as Edward Teach in 1680 Bristol, England, he trolled the

Upon sight of his ominous sailing ship, “Queen Anne’s Revenge,” most merchant

ships, as well as would-be opponents, would reverse course and retreat lest they

become engaged in vicious confrontation with the bloodthirsty sea bandit.

name, Blackbeard was also known for his coveted buried treasure, that which

has yet to be found, even to this day.

This is a reissue of the Classic Aurora kit and comes from new tooling made in 2013 by Atlantis. This kit comes molded in light gray and brown with the new square box and a decal sheet for his treasure chest. Plastic Parts are molded in China. Decals, instructions and packaging are made in the USA. Includes Blackbeard figure with weapons, ships deck and wheel, treasure chest with waterslide decals with Blackbeard nameplate.